One of the long-standing game shows on television is The Family Feud. In it two competing families battle for prize money by demonstrating whether they are able to guess how people answer all kinds of questions. Due to its long-standing success, I’m sure when you hear the phrase “family feud” you think of the show and the laughs that are typically associated therewith. However, the show is so named for feuds that have and still exist within and among family units, some fairly notorious. Some of the most legendary stories—both historical and fictional—have families fighting with each other for dominance. Think of the Hatfields and the McCoys or the Capulets and Montagues. One such family rivalry is found in our passage today. In Judges 9:1-21 we witness a family feud take place and things get really heated. This feud will teach us how important it is for us to not engage in quests for self-importance and/or dominance over others, especially as members of the family of God. 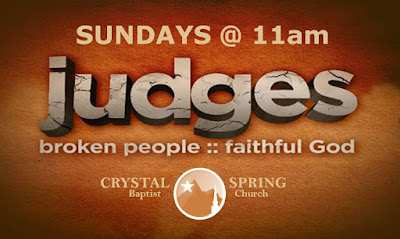 We have already been introduced to the sad state of affairs following Gideon’s idolatry and over-indulgence following his victory over Midian in chapter 8. In chapter 9, we witness a struggle that takes place between Gideon’s many children—both legitimate and illegitimate. Gideon left behind a vacuum of leadership and many in chapter 9 are found scrambling to fill it. One such person is Abimelech. While Gideon refused to be made king and start a dynasty, he behaved as one, marrying multiple women and fathering many sons. When he fathers a son by a Shechemite concubine, he paves the way for a jealous rivalry to ensue. What is worse, he gives this illegitimate son the name Abimelech (8:31) which means “my father is king,” filling this young man’s mind with illegitimate aspirations (Chisholm, Judges and Ruth, 310-11). We pick up the story in verses 1-2 of chapter 9—“ And Abimelech the son of Jerubbaal went to Shechem to his mother’s relatives, and spoke to them and to the whole clan of the household of his mother’s father, saying, ‘Speak, now, in the hearing of all the leaders of Shechem, “Which is better for you, that seventy men, all the sons of Jerubbaal, rule over you, or that one man rule over you?” Also, remember that I am your bone and your flesh.’…”.
Abimelech’s idea, in its own twisted way, made sense. Would his people rather have him rule as one of them or be ruled by seventy men with no blood connection to them?

“and his mother’s relatives spoke all these words on his behalf in the hearing of all the leaders of Shechem; and they were inclined to follow Abimelech, for they said, ‘He is our relative.’…” (9:3). In an example of “the ruler you know is better than the seventy you don’t,” Abimelech’s countrymen decide to back him as their candidate to lead in this leaderless context. With this backing, he prepares to go head-to-head in round 1 of the family feud against his rival half-brothers.

As he prepares for this encounter those who back him provide him with added support—“They gave him seventy pieces of silver from the house of Baal-berith” (9:4a). Baal-berith is the same name of the pagan statue Gideon erected that was made from the spoils of the war with Midian. You have probably heard of blood diamonds and how risky it is to have and trade them, well this was idolatrous money Abimelech was given. He matches this dirty dough with a perverse purchase—“with which Abimelech hired worthless and reckless fellows and they followed him” (9:4b). Things are not looking good as illegitimate Abimelech assumes illegitimate power hires an illegitimate crew of lawless and dangerous men to enact illegitimate violence against his half-brothers.

With this posse of thugs in tow, Abimelech “went to his father’s house at Ophrah and killed his brothers, the sons of Jerubbaal, seventy men, on one stone…” (9:5a). The magnitude of the slaughter is punctuated by the method of the killed, “on one stone.” One commentator has suggested that this was probably a stone butchering table where blood could be drained from the bodies. Abimelech may have wanted to avoid the possibility of blood spilling on the ground where it could “cry out” arousing a response from an avenging God (Mobley, The Empty men, 151).

Genesis 4:10-in response to Cain’s killing of Abel God says “What have you done? The voice of your brother's blood is crying to Me from the ground…”

One of these potential victims of Abimlelech’s bloody insurrection hides and flees—Gideon’s youngest son Jotham.

Following this massacre, “All the men of Shechem and all Beth-millo assembled together, and they went and made Abimelech king, by the oak of the pillar was in Shechem” (9:6). In this tragic summary of what has just transpired we see how by posturing as a king and establishing pagan worship at the end of his life, the seeds Gideon planted were now bearing their poisonous fruit. “Israel…now had as its king a murderer who was financed from the treasury of a pagan god and was support by a gang of thugs” (Chisholm, Judges and Ruth, 312). Though Gideon was dead and gone, it appears that he/his legacy had finally lived up to the name his daddy gave him many years prior-Jerubbaal (“let Baal contend with him”). Here, Abimelech’s murderous attack was financed by the temple of Baal (Baal-berith) and had resulted in nearly extinguishing Gideon’s legacy. This might also explain why Jerubbaal is used exclusively in this chapter when speaking of Gideon (Chisholm, Judges and Ruth, 313).

After winning his victory, Abimelech is made a king in Shechem.

This is followed by one final plea as the trees turn to the thorn bush (a plant clearly unqualified to rule as king over the trees): “Finally all the trees said to the bramble, “You come, reign over us!” The bramble said to the trees, “If in truth you are anointing me as king over you, come and take refuge in my shade; but if not, may fire come out from the bramble and consume the cedars of Lebanon.”’…” (9:14-15). The thorn bush agrees to rule but emphasizes that the trees must take refuge in its shade lest fire destroy even the grandest trees of them all—the cedars of Lebanon. The image is absurd and for good reason. After all, how much shade can a small thorn bush cast anyway? Similarly, how appropriate/capable was Abimelech to rule over others? How stupid were the Shechemites for believing that they could hide under Abimelech’s protection? This is the point of the analogy. Abimelech had taken illegitimate control and was unprepared to rule and adequately protect those who sided with him.

Jotham is not finished airing out his grievance against Abimelech. In the final element of this round in the family feud he issues a challenge. He begins by saying, “’Now therefore, if you have dealt in truth and integrity in making Abimelech king, and if you have dealt well with Jerubbaal and his house, and have dealt with him as he deserved…if then you have dealt in truth and integrity with Jerubbaal and his house this day,…—" (9:16 & 19). This is the condition that must be reached if nothing is to happen to Abimelech. Of course, both the reader and Jotham know that Abimelech cannot reach this threshold because of the instant replay that Jotham is able to produce in verses 17-18.

“For my father fought for you and risked his life and delivered you from the hand of Midian; but you have risen against my father’s house today and have killed his sons, seventy men, on one stone, and have made Abimelech, the son of his maidservant, king over the men of Shechem, because he is your relative--…” (9:17-18). What is really sad about this account as it appears is that there is no mention of the star of the show—God. Imagine watching a highlight real of the 90s bulls without seeing Michael Jordan and multiply that by ten. Jotham gives all credit for Israel’s victory over Midian to his dad and then expresses outrage that Abimelech would repay Gideon’s family by killing 70 of Gideon’s sons.

Jotham’s challenge in light of all this is simple. If Abimelech is somehow innocent of this charge and Shechem has dealt well with the people of Gideon’s house then, “rejoice in Abimelech, and let him also rejoice in you,…” (9:19b). That is a laugh!

“But if not, let fire come out from Abimelech and consume the men of Shechem and Beth-millo; and let fire come out from the men of Shechem and from Beth-millo and consume Abimelech’…” (9:20). Ultimately, Jotham prays that Abimelech and the Shechemites would destroy one another. In so doing Jotham hopes that victims would be made of this illegitimate ruler and those who have conspired with him much as they had made victims of his family members.

After airing this grievance and voicing this curse “Jotham escaped and fled, and went to Beer and remained there because of Abimelech his brother” (9:21). This Jotham guy is good at escaping (as this is the second time he has done so in this passage).

What can we possibly stand to learn and apply today from this passage that describes a family feud from thousands of years ago? Believe it or not, amid personal grievances and estranged relationships found in this account, there is an important lesson that we as God’s people can and should take very seriously. Those who assume roles that they are not designed to fill bring havoc upon themselves and those around them.  Gideon had, in a practical way, illegitimately assumed the role of king prior to his death and in his pride named and illegitimate son “my father is king.” This inspired a rivalry that had this illegitimate son lay illegitimate claim to an illegitimate throne. The process of taking this power had Abimelech massacring his half brothers and instigating a feud between him and those who remained. It is a hot mess that could have been avoided had people not stepped into roles that were not designed for them.

How often do we attempt to play a part that was not written for us or assume leadership over something that is not ours to rule? Technological advancements, cultural pressures to speak “our truth,” the phenomenon of “celebrity experts,” and social media have contributed to many posturing as professionals in fields for which they have no experience or real knowledge. While in our world we may not leave a pile of dead bodies in our wake as Abimelech did, certainly there are casualties of a different sort that follow us when/if we selfishly seek to be force our way, opinion, or perspective on a host of things for which we are woefully uninformed in our pursuit of self-importance and captain status. Division, broken relationships, increased polarization, anxiety—this is the residue of a world in which everyone assumes they are an authority on everything. Look around at the results. God’s people ought to recognize one ultimate authority in everything—God—and seek to humble themselves before him in all things. God is not interested in you forcing your way on others or, for that matter, you getting your way to begin with. He is interested in us following his way and sharing the blessings and benefits thereof with others.